The thrilling conclusion of
The Trilogy of Tompa Lee

Most people learn trust from their mother.
Tompa never did. 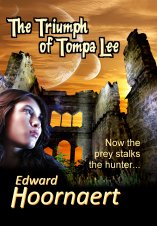 Tompa Lee – orphan, anti-social loner, and homeless street meat — has clawed her way up to the stars. On planet Zee Shode, she finds the galaxy’s greatest treasures: friendship and love.

Happily ever after? Not if the Galactic Trading Council has its way.

Tompa commits the crime of ‘forgery’—forging an alliance between humans, Shons, and Klicks.The Council hires Lily Kilsing, earth’s most feared bounty hunter. Kilsing lures Tompa to a deserted alien city by kidnapping her fiancé and her best friend.

Will Tompa kill the huntress – or be forced to sacrifice her own life to save her loved ones?

The Triumph of Tompa Lee is available in electronic formats wherever fine e-books are sold:

The meat of the novel is the hunt–Tompa  hunting the bounty hunter Kilsing and Kilsing hunting Tompa. The hunt spans the ruins of the Shon city Rapree, which was inundated and abandoned when an earthquake lowered its river valley. Half the ruins lie submerged. The other half, equally abandoned, sits on dry land.  Here’s an artist’s rendition of the submerged city. 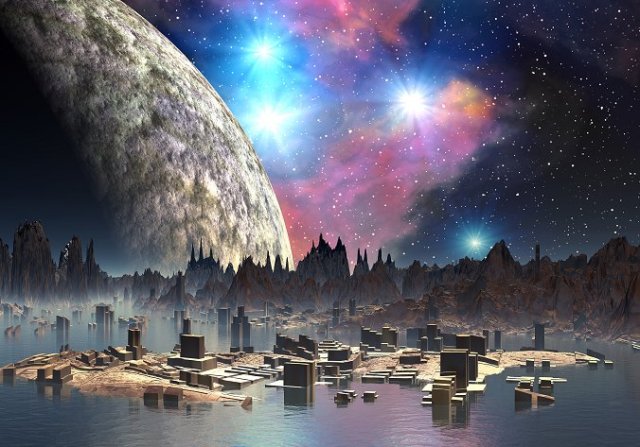 Also in this series:

The Trial of Tompa Lee

Only her enemies can save her from alien injustice.

Goddess or Madwoman? Even Tompa isn’t sure.