The Saint is released from Quarantine, day 0

The Saint is live 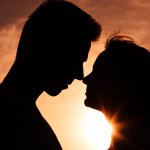 Part love story and part adventure tale, The Saint of Quarantine Island is told against a backdrop of the relationship between madness and creativity. It will make you think . . . and make you cry.

In honor of release week, the special pre-sale price of $2.99. Soon, though, it will revert to full price, so don’t wait. Order it now.

← Nudging the orca for you #mfrwhooks
The Saint is released from Quarantine, day 1 →