The Saint of Quarantine Island — the setting

All about the setting of

People who’ve read The Saint of Quarantine Island have commented that the setting is especially vivid. That’s because I was writing what I knew.

Decades ago, when I was fresh out of university, I taught at Echo Bay’s one-room school. Although it’s been a long time, the place is vivid in my mind. Unless you had a large boat and were an experienced sailor, float planes were the only way in or out. 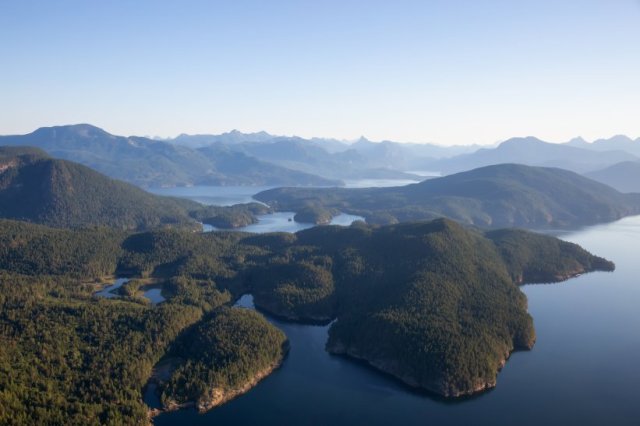 The US equivalent would be a logging village of a few dozen people, 50 miles outside of Ketchican, Alaska. There were no roads or cars, so the students came to school on a schoolboat. No  stores, either, or 24-hour electricity, or telephones, or radio . . .   you name it, Echo Bay didn’t have it. 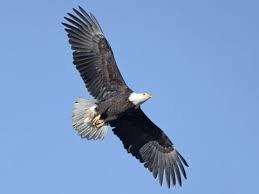 Having lived in such a remote place is an important part of my life story. The dense forests, the rugged terrain, the smell of the ocean, the wildlife . . . they’re part of me even now. Echo Bay had only 13 inhabitants at the time, most of whom live in floathouses — like Billy Seaweed’s place, where Janet lived while waiting for Kendo. 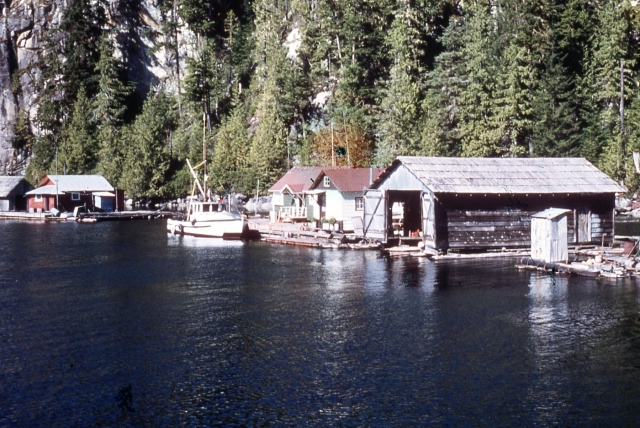 All the locations mentioned in the novel really exist, but I freely modified them to fit the story. For example, although Billy’s cliff at Echo Bay is as described, I made the bay itself larger; I wanted Billy’s floathouse to be more isolated. Another example: there’s a small lake at the location I call Beloved Lake, but it’s unnamed even on my largest maps.

The cliff Billy jumps off of at the opening of the book. (Photo by the author)

Fun fact: if Gilford was in the US, it’d be the fourth largest island in the lower forty-eight states—yet virtually none of you, I bet, had ever heard of it.

I had a blast writing about places that mean something to me. Judi and I shared the teaching in the one-room school which became the island’s infirmary. We lived in the teacherage where Kendo lives; our bedroom was the room from which Peter kidnapped Janet. I attended university in Kendo’s hometown of Nelson. Sitting in Arizona writing The Saint of Gilford Island felt like revisiting these places from my youth, and I hope you enjoy the visit as much as I did. 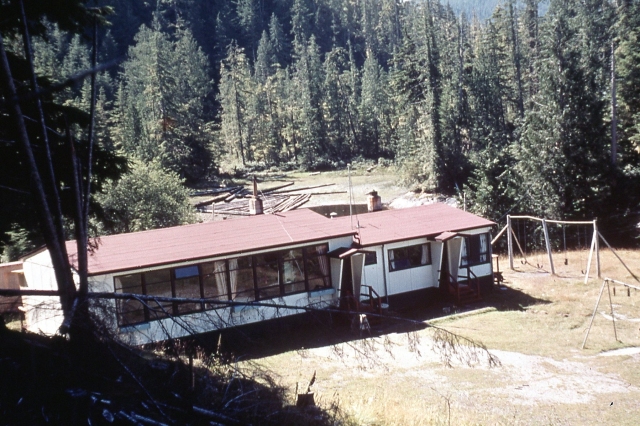 The Echo Bay school (left) where Kendo and Janet made love and the teacherage (right) from which Janet was kidnapped. (Photo by the author)

This book explores the relationship between madness and creativity. I can’t emphasize enough, though, that the residents of Gilford Island are not mad. But many of them are creative. A few years ago, BCBookLook.com reported that four of Echo Bay’s ten inhabitants were authors, boasting a total of nine books. Maybe there’s some creative magic on the island after all!

Spurred by her husband’s infidelity, a suburban housewife smuggles herself into a wilderness quarantine to catch the new disease. She’s hoping to redeem her empty life by writing a great book . . . and maybe, just maybe, find love with the man called the Saint of Gilford Island. She’d once spent a memorable, though oddly chaste, night with him. Surely he’ll help her.

But a lifetime’s exile on an island of madmen — pirates, a suicidal Indian boy, an arrogant Cambridge scientist, a licentious cult leader, all of them periodically insane then sane and back again — is crueler than any suburban daydream. To survive, she’ll need to adapt.

Adapt how, though? Even if she wins the saint’s love, nothing in her life — or anyone’s life, ever – could possibly prepare her for the unpredictable society these creative madmen have built.

The Saint of Quarantine Island escapes from its pre-sale quarantine on July 1, 2020. Until then, it’s available at a special reduced price. Don’t wait — the price will be rising as surely as Billy Seaweed’s mania.