Something every woman needs to know #mfrwhooks

In these snippets from my sci fi rom, Alien Contact for Kid Sisters, Quinn has led Marianne Harmon, the queen’s sister, deep into a tunnel where she’ll be safe from violent rebels. An eleven-year-old girl, Elfy, travels with them.

They’ve reached an old settlement, abandoned when Quinn’s people used advanced technology to ‘hop’ their island kingdom to our planet. He isn’t sure the settlement is safe, so he sets out to reconnoiter, which prompts Marianne to share some age-old feminine wisdom to the girl.

Quinn peered into the darkness as he activated the stiletto from his sleeve. The blade opened with a metallic thunk. “Stay here. That’s an order.”

Marianne looked from the knife to his face. His intense expression, rather than the blade, convinced her not to argue.

She held Elfy while Quinn descended the ladder, turning his head in all directions. When he disappeared from view, she went to the ladder. She listened at the trapdoor for a few minutes, plenty of time for him to discover any nearby dangers. When she saw him dart along one of the winding streets, she motioned to Elfy and started down the ladder.

“But Aunt Marianne, he said—”

Marianne paused partway down the ladder, her head even with the girl’s. “Let me explain something about men that every grown-up woman needs to know.”

Elfy pretended not to be impressed, but the slight widening of her eyes gave her away.

“Men — some men, anyway — enjoy bossing women around because it’s the only way they can feel smart and powerful. Occasionally they’re right and we should listen, but a man is never a good excuse to avoid thinking for yourself. Captain Charleyjohn searched the building, right? That means it’s safe, even if he hasn’t deigned to give us his lordly masculine permission to go down.”

The girl’s mouth wrinkled in a conspiratorial smile. 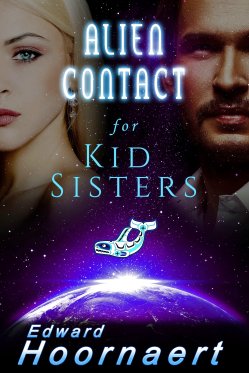 Buy it directly from Ed’s new online bookstore, or at any of these fine outlets.