I, Effing Feline, am NOT purring. Definitely not.

Why not? Because I’ve been told — not asked, mind you, told — that  today’s post must serve three purposes:

There would’ve been an item #4, “introduce buy links for the book’s presale,” but thankfully the folks at Amazon et al. are slower than usual, so no links yet. They’re taking a nap, I imagine. I know I want to.

#1 — Official new title. Never Saw a Purple Cow is now called The Saint of Quarantine Island. Gotta stuck in a timely keyword like quarantine for marketing purposes, ya know . . . though it truly is appropriate.

You see, Janet’s love interest, Kendo Carlisle, was featured in a TV documentary about his volunteer work, helping the wretched quarantinees. It was called The Saint of Gilford Island, and since Gilford is the quarantine site, the book’s title fits.

#2 — New snippet. We’ve already met foulmouthed Billy Seaweed, a fourteen-year-old First Nations resident of the island, which is filled with people who  periodically run mad because of Fireworks, the disease caused by the novel virus.

Fireworks is sort of like Bipolar Disorder. Billy is in a manic phase, filled with mania’s energy while standing atop a cliff. He’s distracted by a supply boat arriving two days early, which means it’s smuggling in a new immigrant whose things Billy would like to ‘borrow’. 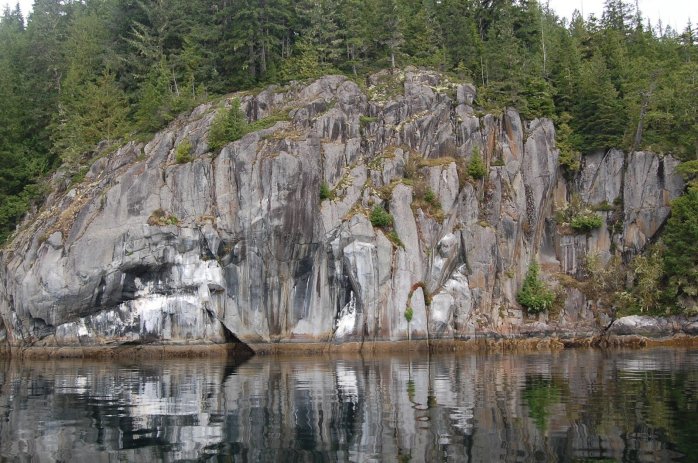 (The picture above shows Billy’s actual cliff. Ed lived on Gilford Island a looong time ago, when years were labelled B.C. (Before Cat). He liked to watch bald eagles at their cliff-top nest. The book is set in real places on this wilderness island, though he fictionalized them whenever the mood struck him.)

Boom, he could fly!

“Concentrate, damn it!” Billy’s fingers writhed at his side. He wanted to laugh from the fucking energy and at the same time cry because he was losing the battle to bottle it. Beatle t’battle t’bottle t’boodle . . .

“You stupid fucker,” he shouted at himself, “concentrate!”

Effing Feline here again. Ed is so hissing mean to me. Here I am, doing three things for him — but do I get triple pay? No way! I’m tempted not to continue with item three, but I want to maintain my reputation for being calm and easygoing. I know that’s how all of you think of me. and I don’t want to disappoint you. 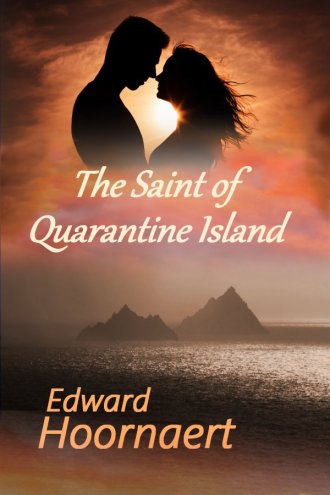 News flash — And terrible news it is. I have to do #4 after all, because a couple of retailers came through and got the book up for pre-order. Here are the stupid links. (Hiss garfle meow mutter)

Ed’s working my paws to the bone. Tell him to stop it, please!