I, Effing Feline, told you last week that I’m determined to become independent — which means I have to figure out how to open cat food cans. Being a wily, observant cat, I got plenty of ideas from one of grandson Wesley’s TV shows. I’ll tell you about them after this commercial break from our sponsor, The Solid Gold Aliens.

Tresky Buffrum is a naive young shepherd from the mountains of the colony planet Jones. When he visited the planet’s largest city, population 50,000, he met Ebbril and married her the very next day — but she got him drunk and he awakens in an open-sided hovel in a place called The Happy Louse Inn. Here he is the next morning.

But maybe Ebbril, beautiful Ebbril, hadn’t betrayed him — maybe she could explain and apologize. He had to remain nearby so she could find him, just in case. Had to, no matter what.

With bleary eyes, he searched for a calm haven amidst the market’s chaos. The restaurant next door had a slothporch, a sturdy, second-story wooden ledge with stairs leading up to it. It was perfect for watching the Happy Louse Inn, except for one little thing.

Big thing, actually; five hundred pounds, at least. A Sloth already lay on the slothporch, stretched out like a nine-foot sphinx.

No one went near a Sloth, ever; it simply wasn’t done; everyone knew that. It was a measure of Tresky’s despair that the idea meandered through his pounding skull.

Effing Feline here again. Here are some of the inspirations for opening cans that I got from Wesley’s show. 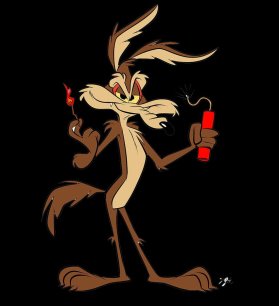 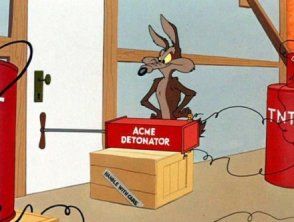 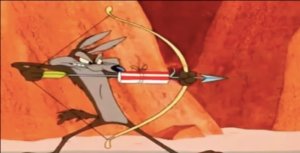 Do you think any of these great ideas will enable me to open cat food cans? 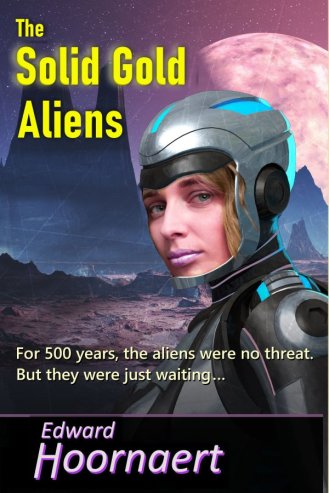