In the presence of genius #mfrwhooks

In case you missed the announcement last week, I’ve changed the name of the holiday novella I’ve been snippeting from. The new name is Alien Contact for a Christmas Nutcracker, rather than Enhanced Nutcracker. Using the word Christmas in the title seems wise from a marketing POV.

Holly Jansen is an American hired to conduct The Nutcracker ballet in a performance for and by alien humans from an alternate Earth. During a tour of the aliens’ arts center, Lissette, the center’s manager, mentions that she’d had a one night stand with the lead dancer, Rafe Sekwa. He has been “enhanced,” and she was curious whether that would make a difference in bed.

The word conjured a startling image in Holly’s mind. She5ismissed it, but it came back. “Enhanced? I don’t understand.”

“How you blush!” Lissette laughed. “It is not merely his jumping but his . . .” She shook her head. “Sorry — my risqué double entendre works only with Shanoog slang for jump, not English. His leaps, they are unnaturally high. The because is that his body is enhanced. People up in Haida Gwai do that — did that — but not us Kwadrans. It is a creepy thing and I am glad Kwadra disallows tinkering with the stuff of humanity, yet I also speculated how far Rafe’s enhancements extended.”

Lissette’s only answer was to raise her eyebrows enigmatically and smile like a cat supping on warm canary and languorously blowing out a single yellow feather. Ending further discussion, she touched the doorframe. Double doors rolled silently into the wall, showing Holly a scene as chaotic as the orchestra room, though of a wildly different sort. The only music was a bass drum that someone thumped rhythmically and as hard as possible. A jumble of cardboard boxes, many of them open, blocked her view.

Then a man wearing flame-red leggings leaped high — so high she held her breath. Eight feet off the ground? Ten? Obviously, it was the enhanced Rafael Sekwa.

Even more remarkable than the height, though, was the story he told with his body’s subtle gestures. His outstretched arms, every muscle outlined, portrayed forceful determination, but the position of his hands tempered the hubris with a hint of pleading supplication. His head, held high, beseeched the heavens at the same time it defied them.

After an impossibly long time in the air, he landed behind the boxes. Or she assumed he landed, though she scarcely heard anything. How could anyone jump so high and yet land so quietly?

The scene had lasted mere seconds, yet it was long enough to know she was in the presence of genius. Had his artistry been enhanced, along with his body? How? At what cost?

The Nutcracker ballet . . . for and by aliens? 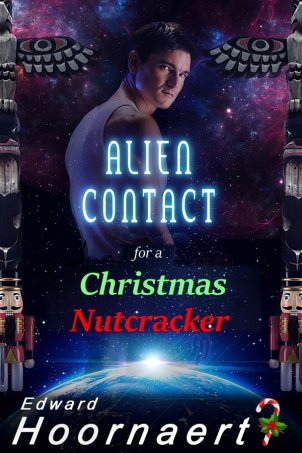 Holly Jansen, a young orchestra conductor down on her luck, is secretly hired by an alien king to conduct The Nutcracker on Kwadra Island as a Christmas present for his American wife. This big break seems like a Christmas miracle. But after she meets the lead dancer, she wonders if it’s a curse, instead . . .

. . . because the queen has secretly ordered Rafe Sekwa, dancer extraordinaire, to produce a potlatch ceremony honoring her husband’s ancestors — on the same day, time, and stage as The Nutcracker. The stubborn genius is determined to do so no matter what. Soon Holly finds her ambition melting in the face of her growing admiration — and love. 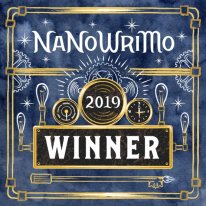