They Both Need a Christmas Miracle

For seven or eight years, I’ve spent Decembers in the orchestra pit for performances of that great Christmas tradition, The Nutcracker.

An embarrassing moment, for me at least, comes when a ballerina steps to the front of the stage for a bow. She’s standing six feet right above me wearing a flaring tutu — and the most natural thing in the world is to look up at her. I can assure you from experience there’s nothing to see under that tutu except layers and layers an layers of cloth (ballerinas must be very modest). Nonetheless, it feels like staring up her skirt is an odious thing . I usually take a peek then fiddle with my oboe reed.

Being a writer as well as a musician, my mind flits along perverse courses (unrelated, sometimes, to what’s under tutus). What, I wondered, would The Nutcracker be like if performed for and by aliens?

The result is my sci fi romance, Alien Contact for an Enhanced Nutcracker.  This Christmas-themed novella is the sixth installment in my Alien Contact for Idiots saga, and it’s a great introduction to the series. 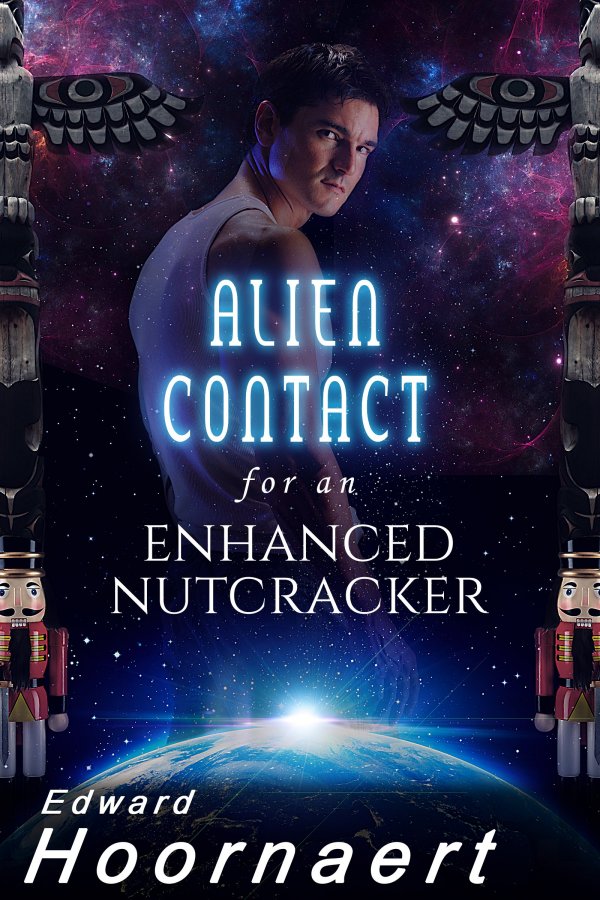 Pre-order your copy at:

An Excerpt from Alien Contact for an Enhanced Nutcracker

Time: Six years from next November

Place: A dark, rainy side street in Tacoma, Washington

“The age of wisdom, the age of…” Her voice trailed off. Trudging through the first winter storm of the year wasn’t conducive to quoting Charles Dickens. “I know it doesn’t seem like it, but it’s the best of times because, well, Black Friday is over and it’s now the Christmas season. The time for Christmas miracles.”

When a gust splashed her face, Holly bent her head into the biting rain. “Yeah, we need one of those, maybe two, but this is my favorite time of the year. Yours too, Thug?”

No answer came from inside the cat carrier.

The rain made the side street in front of her former apartment seem dark and threatening. It was cold, close to freezing. Close to snowing, too. A drop, suspiciously solid, hit the tip of her nose.

Reaching a fire hydrant, she balanced the carrier on it while she unzipped her rain jacket and wrapped it around the cat carrier. Icicles of wind shot with vicious joy through the open coat and assaulted her t-shirt. Tacoma wasn’t supposed to get this cold this soon. She didn’t have gloves, scarf, ear muffs, or a winter coat, because she hadn’t gotten her winter clothes out yet.

And now she couldn’t. They were behind a padlocked door. Might as well have been on the moon.

She couldn’t see the fat tabby through the top of the carrier, but she kept talking, hoping her voice would soothe the wet cat. “Where was I? Oh yeah, the best and the worst of times. The worst is easy. Now.”

“No, I told you, this isn’t my fault.” Which wasn’t quite true—she could’ve chosen a more practical and lucrative career than conducting an orchestra. Like flipping burgers at McDonalds.

A gust of wind, arctic gods laughing at her, turned her coat into a sail; she held onto both cat and coat with difficulty. “I gave my half of the rent money to Deidre every month. How was I to know she was keeping it for a one-way flight back to Perth?”

Squinting against needles of rain, Holly tried to find her car, which was silver and Japanese and looked like half the cars parked on this street. She wouldn’t see it until she was on top of it and the remote clicker hadn’t worked for months. It didn’t help that a streetlight was out.

Of course a streetlight was out. The only thing missing was an earthquake.

As though to punish the lie, the northern gods turned the rain into sleet. Holly never swore—well, hardly ever—but she thought some nasty thing about her lying, stealing Aussie roommate. Ex-roommate.

“There’s the car, for real this time. Soon, Thug, I’ll turn on the heater and you’ll be warm as a freshly caught mouse.”

Her hands were so cold she dropped her car keys into icy water running along the curb. She went to hands and knees, in a puddle of course, to get them. When she finally snagged the keys, it was too dark to see the keyhole so she felt for it with fingers so numb they couldn’t have felt a chainsaw.

Eventually, though, the cat carrier was buckled into the passenger seat and she was sitting, and dripping, in the driver’s seat.

“There, didn’t I tell you?” Her teeth chattered.

Thug yowled, a heartbreaking cry of despair that made her throat tighten with pain. She didn’t deserve getting locked out of her apartment but Thug really, really didn’t deserve this.

She put the key in the ignition. Turned it. The starter clicked.

She tried again then again. It didn’t even click. This wasn’t the first time the car had failed to start in the rain, but it was the worst time.

The worst of times…

← The worst of times . . . #mfrwhooks
Effing Feline is hissed #wewriwa →