I, Effing Feline, dislike television. At least the old-style sets had a warm space on top for a cat to curl up on. Flat-screen TVs, though?  A pox on them!

And as for watching TV, I tried it once. I got myself all set to watch That Darn Cat. Ed told me that if the movie hadn’t been made by Disney, it would’ve been named for me! 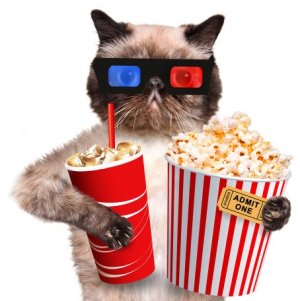 Darn movie is more like it. I’ll tell you the heinous details after this week’s commercial.

Love thy Galactic Enemy will be available soon — September 9. The heroine, currently calling herself “Lou,” knocks out a guy she thinks is an intruder, then discovers he’s an innocent (and seriously ill) new roommate.

She mentions a man named Garl, a spy and agent provocateur for her planet. She was his personal secretary until he abandoned her on Farflung Space Station.

One thing seemed certain: she’d be safe in the top bunk. Her ‘roommate’ would never be able to reach her.

Until he recuperated, that was. Nonetheless, she had to help him get better, right? Mostly because it was the right thing to do, but also because a rotting corpse in the lower bunk would mean cops, investigation, discovery, and imprisonment.

Patriotism hadn’t blinded her into thinking Proxima’s medicine was better than Civ Space’s, so the only illness he was likely to have was the manufactured disease Garl’s men had poured into TotCity’s water. Which meant she’d not only attacked him, she’d had a hand in making him ill.

Even if she wanted to be alone, she doubted another room would be available, given the hundreds of refugees flooding Farflung Station, but she would try . . . or maybe not, because he needed help. If she got another room, who would care for him while he was sick?

Effing Feline here again. You want to know what was wrong about That Darn Cat? It starred people, not a plucky feline! Yuck! Do you know any good cat movies I might enjoy more? 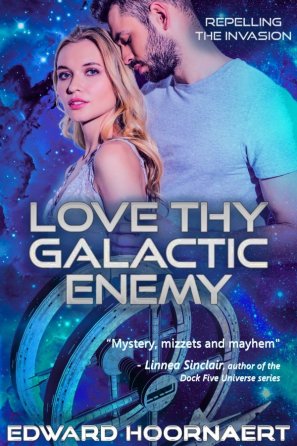 Minta Streave, the naive secretary for a spy team that spread a man-made plague, leaves the planet too late — the team abandons her on the enemy’s space station. She’s must fend for herself until she can contact an elusive spy, Watcher, to take her home. To forestall arrest, she nurses a plague victim — a gentle, whimsical man who quotes Lewis Carroll. But to know this enemy is to love him . . .

When Finn Shanwing falls ill, he doesn’t intend to hide that he’s a high-ranking commando. Nor does he intend to fall in love with the secretive nurse who saves his life. By the time he reveals to Minta that she saved an enemy officer, it’s too late for his heart — or hers. Also too late to escape the wrath of Watcher, half-human, half-machine, and both halves obsessed with her.

Love thy Galactic Enemy is available for pre-order, so reserve your copy now: