Effing Feline gets a Valentine #wewriwa

Twiggles the Dog! Not only a Valentine, but a byootiful stuffed heart that’s perfect for digging my kitty claws into. And not only that, it’s filled with, with — catnip! 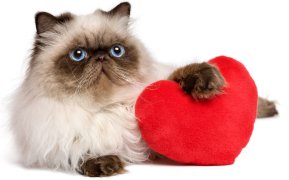 I don’t know what to say. I didn’t get a Valentine for her. I didn’t even think about giving her anything except more insults. I think about those a lot, I’m ashamed to say. Sigh.

Today’s snippet continues from last week’s. It’s the calm before the storm, because we’ve flashed back to the very beginning of her first solo mission, before her ship dies. Ed allows his heroine, Sienna Dukelsky, a brief moment of contentment before she jinxes herself with the fateful words “Nothing, absolutely nothing, was going to screw up her maiden flight.”

“Step forty,” she recited from memory, “run automatic diagnostic tests on the scanners and drive systems.”

She ran the tests with a few mental commands then duplicated the diagnostics manually, just in case. Nothing, absolutely nothing, was going to screw up her maiden flight.

Sienna had trained herself not to smile on the job — her favorite instructor had frowned on cadets who smiled, especially female cadets who barely made the Tugship Service’s minimum height and weight — but now she grinned. She thought the command to rotate her chair in an unhurried circle. She drank in the gleaming beauty of readout screens, toggle banks, computer controls, storage compartments, and clocks set to Crassin’s major cities. Everything was in perfect working order, perfect balance . . . including, finally, her life. She sighed with satisfaction and savored the perfection of this moment. Her dreams had come true, even though no one had expected baby sister, the afterthought born ten years after her siblings, to fly the stars.

Effing Feline here again. After getting such a great present, I, Effing Feline, am choked up. Speechless — except to admit, reluctantly, that I kinda, maybe, sorta love Twiggles. Just a tiny bit. 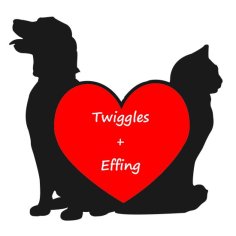 But don’t hold me to it!

Although Sienna Dukelsky had been the most promising student pilot at Keening AstroSpace Academy, she inexplicably settles for a routine, unglamorous job guiding incoming spaceships to safe berths at Farflung Space Station. Rumors blamed her startling decision on heartbreak after Crispin Hunt, the love of her life, got expelled.

Approaching Farflung years several later, Crispin’s freighter is met by Sienna’s tugship. Love rekindles, though dampened by old betrayals. And when her ship loses power while aimed straight at the space station, Sienna must confront astonishing secrets about Crispin and his cargo—secrets that make hers the most important job in the galaxy.

This book kept me up til 3:30 because I could not put it down.  – Amazon reader