I, Effing Feline, love the extra laps that Christmas brings. Ed’s children have come home for Christmas from Toronto (2 of them) and Amsterdam, traveling over 10,000 miles one way just to let me sit on their laps. I heartily approved — and I’m a connoisseur of the very finest of human laps! 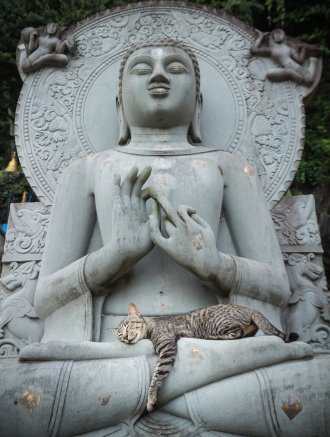 Today is the next to last snippet from Ed’s recently released sci fi romance novel, Escapee.

The lone army survivor of an enemy invasion, Captain Dukelsky, wants Catt to fly her airship to the far side of the moon to attack the enemy’s base. To avoid this suicide mission, she jettisons the cannon he planned to use for the attack. The man of action has no actions left, and thus no purpose. He withdraws into himself — and that affects her deeply. But during the middle of the night, he finally opens up about his deeper reason for wanting to fight the invaders. (Edited slightly from the published version.) 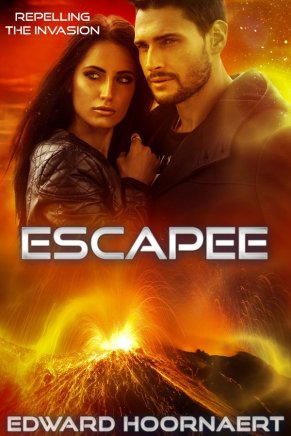 “I need to strike a meaningful blow against the enemy, because this is something I’ve wanted for years now without quite realizing it.”

She answered slowly, not sure she could bear to hear this: “What was it you wanted?”

“I don’t understand.” Why’d she say that? She didn’t want to know, didn’t want to learn about him so he became more than a stick figure, a symbol of every patroon who had made her family’s life miserable.

“My parents and grandparents and great-grandparents were all soldiers, and along with my mother’s milk, I drank in the glory of duty. But the thing is, duty isn’t all glory. When you’re a soldier, the cause you serve is chosen by politicians and senior officers for reasons of policy, not morality. Until the Proxies invaded, I was supporting Banff’s big mining companies, not defending the homeland or fighting for good over evil.”

Effing Feline here again. I’ve gotta hurry away now. So many laps to purr on, so little time! 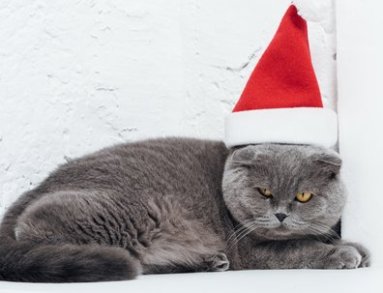 Effing Feline’s holiday wishes to one and all:

“Merry Christmas and bah humbug.
Now get this stupid hat off me!”