I, Effing Feline, showed my intellectual prowess last week by announcing the birth of a new movement certain to sweep the nation and redefine the Internet — felinism. However, there seems to be some uncertainty about how this new ism is pronounced.

I shall reveal the proper pronunciation after today’s snippet from Eds’ NOW LIVE novel, Escapee.

Enemies from the Proxima star system have invaded the isolated mining moon where Catt Sayer, a civilian pilot, makes her living flying supplies on a decrepit airship. She picks up a lone survivor, Captain Dukelsky, who wants her to fly her airship to the far side of the moon to attack the enemy’s base..

Last week, we saw Catt destroy the canon he’d hoped to use to attack the enemy’s base. But as she heads back to her airship, she realizes that he had watched her. Here guilt slams her as she faces him.

As Catt walked toward Dukelsky, she avoided looking at his face, afraid of what she would see around the edges of his respirator. He did or said nothing, just stood there motionless, which keyed her anticipation to the breaking point. She made a wide detour around him, hoping to get inside without facing up to what she’d done.

Guilt weighed down her spirits. Sabotage during wartime…was that treason?

At a personal level, she’d destroyed not just his militaristic bravado, but also his hopes of emerging a hero; she hadn’t touched him, yet she’d hurt him. What would he do to her? Nothing she didn’t deserve, perhaps—but she didn’t want what she deserved. No person honest enough to acknowledge their own faults wanted that.

She wanted him to acknowledge the unfairness of his plan—it was suicide, and it would kill her, as well as him. Above all, she wanted him to recognize her act of sabotage sprang from years of oppression by patroons and was admirably restrained, considering who she was.

Effing Feline here again. Now for the big reveal — how to pronounce that difficult word. It’s pronounced . . . horn-art, with only a slight accent on the first syllable.

Wait, wait — wrong word! My new ism is pronounced fell-in-ism, to rhyme with feminism. NOT to be confused with felonism, you smart alexas! 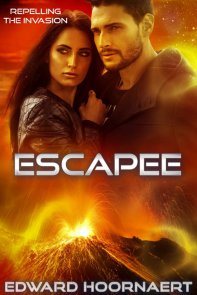 Catt Sayer just wants to survive.  The working-class fugitive delivers military supplies on a decrepit airship, but her hard-won livelihood vanishes when invaders overrun her harsh moon. Even worse, an idealistic, upper-class officer wants her to risk her life on a hopeless trek to attack enemy headquarters – manned by 10,000 soldiers.

← Effing Feline founds felinism #wewriwa
If you kill me #mfrwauthor →