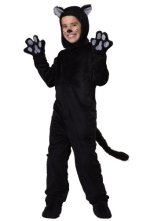 I, Effing Feline, think October is the best month. Why? Because Halloween gives you humans a chance to do what you should be doing every month — pretend you’re something else. Like . . . oh, perhaps — a cat? How very wise, for once!

This will be the last snippet from Ed’s newest release, The Guardian Angel of Farflung Station. It’s book 1 of the Repelling the Invasion series — and book 2 will be coming too soon to linger on book 1.

Duke, the hero of the piece, has been following a suspicious teenage woman through the corridors of city-sized Farflung Space Station. He burst in on her while she’s breaking into an apartment, but he can’t get her to answer any questions. With this snippet, we come to the Big Reveal about the heroine’s wound, which informs everything in the rest of the book. It’ll turn some people off, I’m sure — but without a big enough problem to overcome, how can a person’s final triumph send shivers down your back? (Punctuation modified to fit into 10 sentences.)

Like most security professionals, Duke believed in hunches. Translated into expert-speak, hunches were subconscious personality assessments based on years of study and professional experience. Hunches elevated human cops over robots, and a hunch told him Silent Sally wasn’t dangerous . . . to anyone but him, that is.

Duke paused to analyze his motivation, as training dictated: was he thinking with his groin?

Well, yes and no; being as honest as possible, no, she probably wasn’t a serious case for Security, but yes, his groin was part of the inner dialogue.

With a growl, Duke tore his gaze from her mesmerizing eyes. He was getting carried away by the first delicious body he’d held since he took command of this station’s detachment — homones and frustration, that’s all he was feeling, not premonitions, not desire.

“Talk,” he barked in his best cop voice.

After another quick shlup, she opened her mouth wide.

She had no tongue.

Effing Feline here again. Even better than dressing up like cats, though, is the idea of dressing up your dog as a cat. The effect is divine. Even better, it must be humiliating for the poor dog. I feel sooooo, soooooooo sorry for this poor pooch. 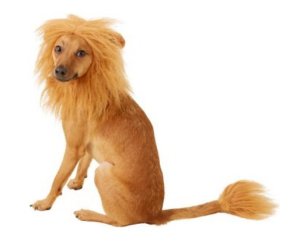 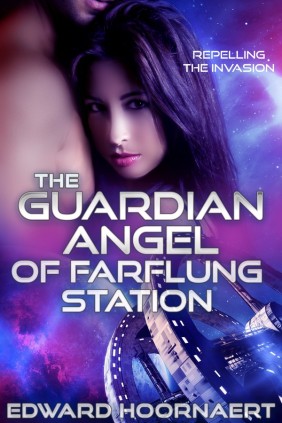 The space pirates think they’ve conquered Farflung Space Station — but they didn’t count on Duke. The station’s Head of Security wants to prove to his army-officer parents he’s outgrown his youthful rebelliousness, and defeating a small army of pirates (almost) single-handedly is the perfect opportunity.

And they didn’t count on Lockey. This beautiful, kick-ass princess knows every weapon and martial arts system in the galaxy. She fell in love with Duke at first sight, and now winning his heart and destroying the pirates are her greatest desires.

And most importantly, the pirates didn’t count on Sandrina. After loving Duke from afar, she now yearns to fight with him — and for him. The attractive waif has discovered so many of Farflung’s secrets that she’s the most powerful person on the station, though nobody knows it yet.

And finally, Rescuing Prince Charming is available at a special price of just 99c.

When Audra Verhailey’s abusive lover tries to take custody of her baby, she flees where even he can’t follow: the aliens’ forbidden cities underneath Kwadra Island. But can the safety she wants for her daughter survive a search party, violent alien criminals—and the love of an emotionally damaged Kwadran?

← Impossible to make this woman a heroine? #mfrwhooks
Dusting off her palms with a theatrical flourish #mfrwhooks →