I, Twiggles the Dog, am filling  in for Effing Feline. He’s unable to write this week.

Last week, Effing told you he was expecting a visit from his cousin, Lee.  Lee is a lion. The last time he visited, Effing got tired of him eating all the cat food. So he called the zoo. They locked up Lee. This week was their first meeting since then.

Last week we saw Audra singing to her fussing baby — and when she looks up from Roxie, Tal has vanished.

She jerked to a stop. Panic thudded through her veins. The ‘sky’ cast the same half-light as before, but the lane suddenly felt darker, full of menace. Whatever had snatched him would get her next — and she had absolutely no idea how to save Roxie.

From out of nowhere, a hand grabbed her shoulder.

She yelped and jerked away. Roxie wailed.

Spinning sideways, Audra stumbled. She was going to fall, and there was nowhere soft to land. Rocks, everywhere viciously hard rocks, and she couldn’t keep her balance, she was going down—

Twiggles the Dog here again. Unfortunately for you. Sorry! Effing is funnier than me. He’s funnier than anybody. Funny in the head. Maybe next week he’ll be back from the vet’s.

My beloved Lord and Master, Mr. Ed, wants me to tell you now he has a cover. Yay! Woof! Arf arf arf! (Uh, what the heck is a ‘cover’? Is it like a doggy blankie?) 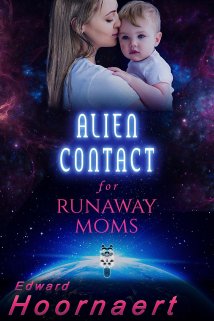