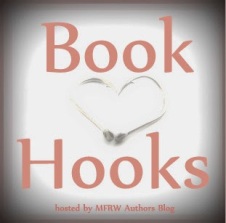 I’ve come up with a working title for the sci fi romance WIP I shared last week: The Man She Trusted. I hope to finish a first draft during Camp NaNoWriMo this month. Because I’m sharing bits and pieces both here and elsewhere, I’m skipping to chapter two. To avoid duplication, you know.

Which is ironic, because in the book, the 23rd century Native Americans of Kwadra Island have hopped a duplicate of Vancouver Island from an alternate Earth to ours to escape their world’s environmental collapse. 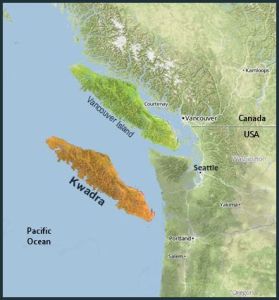 Their most pressing need: housing on the island’s surface, because they lived underground for decades in order to survive. Even the nobility get in on the construction boom.

Opsie Beaverpaw, duchess of Kwadra’s Beaver Clan, was bored. That was the main reason she was trying to finish plastering the walls of her office-to-be. And doing a lousy — no, control the perfectionism — doing a mediocre job of it.

When the comm link in her implant pinged, startling her, she jerked her cheek against fresh plaster. “Damn.”

She froze in the act of rubbing plaster off her cheek. She’d accidentally turned on her implant’s mic? Double damn. “Uh . . . Queen Elinor?”

“Who else would you respond to with damn?”

The implant didn’t handle chuckles well, but Opsie thought the queen sounded amused. That was good, because although Elinor seemed friendly — on the surface at least — the two of them had a history. Or rather, Opsie had a history with her husband, the king. They’d been lovers before Elinor came along.

So . . . awkward, as always. The queen had every right to wonder if that expletive had been intentional. She knew about the powerful friendship and affection that lingered between king and duchess.

Since this is a WIP, feel free to make suggestions — especially about the title. Does it sound at all romancy to you?

And be sure to check out the book hooks by other great writers in the Book Hooks blog hop.