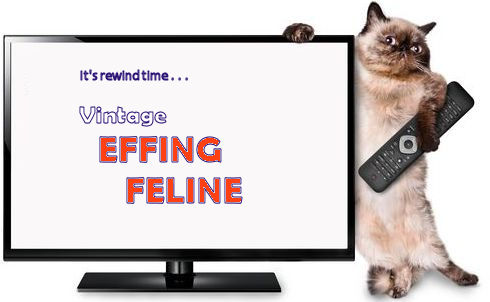 Effing is a larger than life character (especially around the belly). In case you missed him, Mondays now feature some of Effing’s cattiest moments.

Last week Mr. Valentine (aka Edward Hoornaert) was busy and so gave me, Fart-Fueled Flying Feline, complete editorial control. He wasn’t happy about my spelling. He was particularly upset by “He ISnt’ not even goinna eddit mee.” I just don’t see the problem. You all understood what I meant, right?

Anyway, he’s put me on a short leash. And he’s gonna edit me again. As I said before, meow hiss merrow!

Seattle biologist Ell Harmon has been quarantined with Prince Tro Eaglesbrood, the leader of aliens who ‘hopped’ their entire  island nation from an alternate version of Earth, and now they are going to broadcast an interview, hoping to sooth the world’s fears about the invaders from the future. Ell agrees to do the broadcast, even though she feel inadequate because she’s a scientist, not a TV personality:

“This Yoda is a wise man,” Tro said, “and together, we can do anything.”

“A puppet; Yoda is just a darned puppet.”

Us cats hate leashes. They’re for lower life forms. You know, like dogs.

[I’m inserting this in the middle of the night, one of the advantages of being nocturnal] Do me a favor–DON’T buy Alien Contact for Idiots. That’ll teach Mr. V!