I, Effing Feline, live a hard, hard life. To whit, four days a week, when Mrs V (with occasional help from Mr V) babysits their two grandchildren, I must suffer a seven-month-old baby. I’ve taught the four-year-old about my claws; Wesley treats me graciously.

During the most harrowing — and exciting — ten minutes of Dusty Johnson’s life, she and her mysterious alien companion found a saboteurs’ time bomb, carried it out of the prototype starship, and tossed it into the ocean, where it exploded harmlessly. The bomb may be gone, but their adrenaline isn’t. (Edited from the published version to fit.)

“Without you, that bomb blows apart my face. You were amazing.”

“Without you, that bomb blows up in my arms, because I could never have thrown it as far as you did.”

He reciprocated by grabbing her bottom, saying, “And you, my brave lady, are hot.”

Effing Feline here again. See what I mean about horrifying? I hope Dusty scratches his eyes out for daring to grab her tail!

When you’ve recovered from the shocking cruelty of this snippet, visit other writers in the Weekend Writing Warriors and Snippet Sunday. 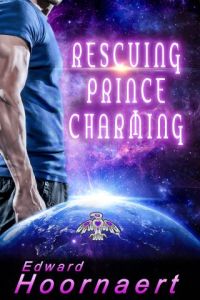 Rescue your own prince charming at these fine outlets: