I, Effing Feline, have gotten interested in tracking down my ancestors, and I’ve discovered some cats who are worthy of my bloodline. This cat has suffered from horrible press, with some random ungulate stealing his glory. All cats, but few humans, realize that the ungulate was a mere spectator, but he hoofed it quickly to a phone and contacted some dudes who wrote a song about the wrong hero!

We cats get no respect.

Another snippet from Rescuing Prince Charming, Ed’s newest sci fi romance that goes live  on Monday. (Does that means it’s now in Ed’s womb? Or dead?) Anyway, Dusty Johnson and an anonymous guard found a time bomb hidden in the prototype of Earth’s first starship. Since Dusty is closer to the exit, she asks for the bomb. He hesitates because she’s a she.

“Like I’m so far away it won’t kill me? Since you can’t disarm it, I’ll have to carry it to someone who can. Hurry!”

He took a deep breath and held out the shoebox. “This goes against my sense of chivalry.”

“Screw chivalry.” She reached for the box—but he pulled it away from her grasp.

“I’ll have you know I’m a gentleman.”

“And the School for Chivalrous Gentlemen taught you that Take off my pants is a polite greeting?”

“Is Please take this bomb off my hands any better?”

Effing Feline here again. BTW, the heroic cat with the bright idea wasn’t named Rudolph, but Ildephonse, same as Ed’s great-uncle. (Seriously, that was the uncle’s name.) So sing the song the right way, okay? “Ildephonse the red-nosed kit cat…”

When you’re done singing, visit the other writers in the Weekend Writing Warriors and Snippet Sunday.

Rescue your own prince charming at these fine outlets:

Finally, pick up a FREE copy of Alien Contact for Idiots (the first book in the series leading up to Rescuing Prince Charming) at the Invasion and First Contact e-book giveaway. 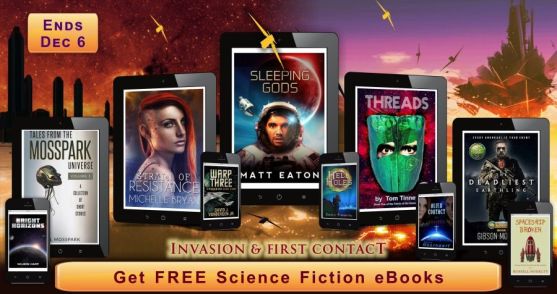