I, Effing Feline, have gotten interested in tracking down my ancestors, and I’ve discovered some cats who are worthy of my bloodline. Today’s ancestor comes from the Russian Blue line of the family, though I can’t recall any contact with President Trump’s campaign. It’s the cat from Peter and the Wolf. The music is by Prokofiev, who is the favorite composer of my pet human, Ed.

Now, another snippet from an upcoming sci fi romance by my pet human: Rescuing Prince Charming. Last week, tech writer Dusty Johnson shocked herself by searching for a saboteur’s time bomb in the belly of a half-built starship. The bomb is set to go off in mere minutes.

Only one Kwadran (they’re aliens from the future) dares to help her dispose of the bomb. In this scene they’ve found the bomb and are racing to toss it in the ocean. But there’s a problem . . .

Oh, God, it was still a long way to the doors. She tried to be a heroine and what did she get? A ticking time bomb eager to remove her appendix.

On the bright side, she couldn’t have asked for a sexier, more valiant companion on that long tunnel into the light. Rattled by fear, she’d called him arrogant, a jerk, an idiot, and a moron, but he was none of those. Well, maybe arrogant; he was, after all, Kwadran.

When he reached the sliding doors, he yanked the handle.

Nothing happened except, of course, that a few more seconds ticked off the bomb’s timer . . . and her life.

Effing Feline here again. If you aren’t familiar with the cat’s music, as played by the clarinet, here it is.


Be sure to visit the Weekend Writing Warriors and Snippet Sunday authors. 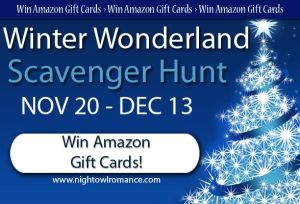