Docking at the SFR Brigade Showcase

Welcome to the Science Fiction Romance Brigade’s showcase. Once a month, the brigade’s authors highlight snippets from new works, WIPs, cover reveals or other fun things.  Today I discuss the genesis of my upcoming science fiction romance, Constellation XXI.

“It’s like backing your car into the garage . . . if your car weighs as much as 300 blue whales, the garage floor is moving, and your view is blocked by 2,000 stacked cargo containers.”

That’s how a Seattle-based maritime pilot describes docking a freighter. To cut down the risk of serious accidents, ports hire highly trained pilots who are the princes of the port, paid far more than captains of ferries or freighters. 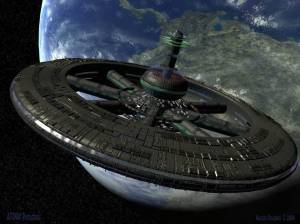 That’s the reality here on Earth. Yet in science fiction, city-sized space stations blithely allow strangers to dock and undock, even though a collision could destroy the station and kill everyone on board! Obviously, real space stations will insist that docking procedures be controlled by their own trained pilots —

— such as Sienna Dukelsky, the heroine of Constellation XXI.  Here’s a short tease from the beginning of the book.

Have you heard about that idiot, Dukelsky?  On her first solo flight—the first one!—the dumb Cherry ruined one of our newest, most expensive tugships.

That’s what people would say, and not even the truth would dent their gossip.

“No,” Sienna Dukelsky growled into the darkness that had abruptly invaded every nook of the ship, a blackness blacker than outer space because there were no stars.  The overhead lights on the bridge were dead.  Emergency power had failed.  No glimmers came from the open hatch leading to the rest of the ship.  Screens and readouts gave no information about speed or course or possible collisions with space junk.  The vibrations she’d learned to ignore no longer teased her feet with a faint reassurance of technological life.

Although she’d done nothing to cause the spaceship to shut down, she was the captain.  She was responsible.  Out here on the fringe of the star system, rescue was doubtful, so everyone in her charge might die.  Unless she could somehow save the day.

She’d wasted five seconds, maybe ten, since the lights went out.  Inexcusable.  Do something!

Sienna Dukelsky’s unglamorous job is to guide incoming freighters to a safe docking at Farflung Space Station. But when aliens with a startling secret seize control of her tugship, Sienna’s job is suddenly the most important in the entire galaxy.

Check back here for Constellation XXI‘s release day. One of the disadvantages of going through a publisher rather than self-pubbing is that I have to adjust to their schedules.  Grr!