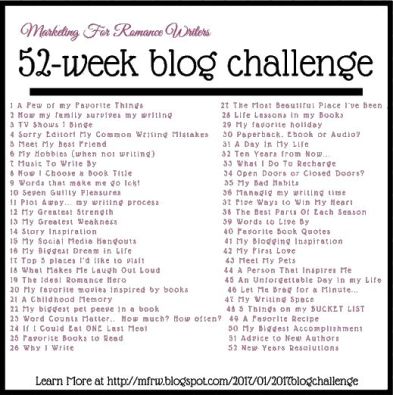 For week 25 of the Marketing for Romance Writers blog hop, the prompt is:

I’m a re-reader.  That means if I like a book, I’ll it more than once.  If I really, really like it, I’ll read it a dozen or more times.  My record is for Dune, by Frank Herbert, which I read somewhere over thirty times.  I suppose that makes it my favorite . . . but there have been so many books in the meantime!

Here are a few of them.  By the very nature of often re-read books, none of them are terribly recent.

What about you?  What are some of your favorite reads?

Click here to check out the cool romance writers taking part in this blog hop.  Maybe you can pick up a few new favorites of your own.