I, Effing Feline, returned from Toronto and began my search for a mouse — any mouse, just one little mouse so I could earn the glorious title of Good Mouser. In case you’ve forgotten, this was my plan:

But I got in huge trouble! I’d clawed into only one couch cushion when Mrs V (wife of Ed the Pet Human) caught me. I never thought I’d say it of the dear woman, but she has a foul temper. I mean, really — I was just trying to rid the place of mice.

Today, another selection from The Trial of Tompa Lee. Last week Tompa was  framed for a deadly act of terrorism. She’s injured in the explosion and is transported back to Navy Ship Vance, where policeman Dante Roussel is assigned to her case.

In this snippet, the stakes get higher.

A lazy Alabama drawl sounded in his ear: Pradeep Singh, Assistant VP of Ship Operations. “Company for tea, Dante. Two Kalikiniki dreadnoughts just popped into the jump zone, headed for orbit around Zee Shode. Thought you might want to help us break out the good china.”

A weight descended on Dante’s shoulders, accompanied by a spark of anticipation. Tompa Lee, who was now his responsibility, might be central to any confrontation with the Klicks.

The spark sputtered and died. Two dreadnoughts meant the Klicks were treating this incursion into their trading territory with deadly seriousness. The Vance’s mission was against the laws of intergalactic trade, so the Klicks had both might and right on their side. In its seventy-year history, the Navy had never lost a cruiser or even been involved in a battle in space, but there was always a first time.

Effing Feline here again. I just got off Mrs V’s lap, where she petted me for an hour. I guess I’m a big enough cat to forgive her. Heck, in the spirit of social media (meaning friendly media), I’ll even show you a picture of her: 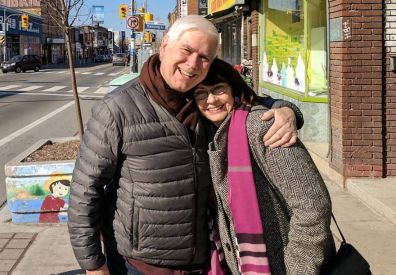 The Trilogy of Tompa Lee

The Trial of Tompa Lee is the first book in The Trilogy of Tompa Lee.  Here are the sequels.

Goddess or madwoman? Even she isn’t sure.

Tompa now serves as ambassador to the Shons’ planet and is hailed as their goddess — even though she’s paranoid about fellow humans and has a dead man living in her head. When the Klicks, mankind’s deadliest enemy, destroy the embassy, a ragtag group of Shon and human survivors expect her to save them.

Now the prey stalks the hunter

Because Tompa forges an upstart alliance between humans, Shons, and Klicks, the Galactic Trading Council hires Earth’s most feared bounty hunter to kill her. The hunter lures her to deserted ruins by kidnapping her fiancé and her best friend. Tompa can save her loved ones only if she can finally tame the goddess — and the madness — she carries inside.