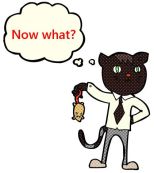 I, Effing Feline, wonder if you can tell me: do mice taste good?

You see, Twiggles the Dog tells me (and Google confirms) cats are supposed to catch and eat mice. The phrase ‘good mouser’ is high praise for a feline.  However, my pet human allows no mice in his house, so how can I earn the grand praise I crave? ‘Tis a heartrending dilemma, you must agree.

Anyway, here’s another selection from The Trial of Tompa Lee (edited from the released text). Tompa is a lowly street meat, and there’s lots of prejudice against street meats in the Commerce Space Navy.

Following a briefing about shore leave on an alien world, sailors choose small teams for the visit to planet Zee-Shode. Unsurprisingly, no one wants Tompa on their team. At the last minute, though, the boss of her work team approaches. He speaks first:

“You must promise that you will contain your animal desires –”

“But I don’t have any animal desires!”

Before answering, Tompa made sure her ‘Navy face’ was securely in place. “No problem, sir,” except with the ‘lady’ part, though she’d read enough gordo novels to have some idea what he meant.

“Furthermore, you must promise not to precipitate any kind of incident or cause trouble while we are on Zee-Shode.”

“I’m not a troublemaker,” Tompa said in a pleading voice she hated but was helpless to change. “All I want is to blend in and make full Navy. I’ve worked for you three months — don’t you know me by now?”

“I don’t know you at all, Ship’s Ward; you make very sure no one does, and that’s part of the problem.”

Effing Feline here again with more questions about mice. Are they better baked or fried? Ketchup or mustard? White wine or red? All recipes appreciated.

The Trilogy of Tompa Lee

The Trial of Tompa Lee is the first book in The Trilogy of Tompa Lee.  Here are the sequels. 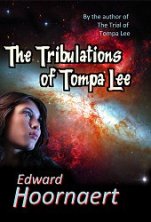 Goddess or madwoman? Even she isn’t sure.

Tompa Lee now serves as ambassador to the Shons’ planet and is hailed as their goddess. She’s paranoid about fellow humans and has a dead man living in her head — and yet when the Klicks, mankind’s greatest enemy, destroy the embassy, a ragtag group of Shon and human survivors expect her to save them.

Now the prey stalks the hunter

Because Tompa Lee forges an upstart alliance between humans, Shons, and Klicks, the Trading Council hires Earth’s most feared bounty hunter, who lures her to deserted ruins by kidnapping her fiancé and her best friend. Unfortunately, Tompa can save her loved ones only if she can finally tame the goddess — and the madness — within her.