Escape Release Week #2: Under the hood 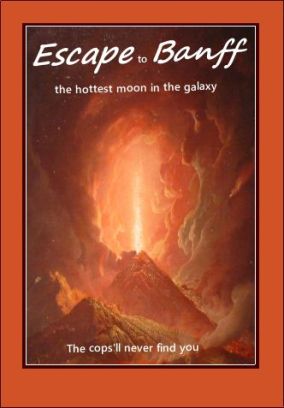 You may have noticed that the travel poster calls Catt and Hank’s moon ‘Banff’ — which is the name of a town in Scotland and also of a national park in Alberta.

Since Catt and Hank must fly all the way around their moon to attack the headquarters of an invading army, I needed a lot of place names. To make it easier (and more interesting, at least for me), I dug out a map of Banff National Park, where the wife and I honeymooned eons ago, and stole names.

And now you  know the story behind the names.

Don’t let this rousing tale escape from you.  Buy Escapee today at:

Read the first chapter of Escapee.