Effing Feline is a great hunter

I, Effing Feline, caught a mouse today.  That makes me a great hunter!  As great as the chap at right, and just as pleased with myself as he is.

In last week’s snippet from the soon-to-be-released Escapee, we saw Catt just before she dumped a cannon off a cliff (which was, unfortunately for her, sabotage in time of war).  Back inside the airship, Hector advances on her, enraged.

We learn later that Catt was a battered woman, so she expects him to beat her. This is one of the first times she really sees Hector rather than the stereotype she imagines him to be.

“If your female irrationality demands it, go ahead and scream,” he growled. “I’m curious, though—who’s going to charge to your rescue?”

Catt stared into his eyes. The phrase she bored deep into his soul came to mind, but that was meaningless twaddle. And yet something she saw made her stand a little straighter, a little less frightened.

“You,” she said, sounding puzzled and surprised.

“Yeah, you are, but … you have a soul in there.” She relaxed her defensive posture, her eyes wide with wonder. “Screaming would bring out the gentleman in you and you’d rescue me from yourself … I think.”

Effing Feline here again. Mr V says I have to fess up about my bragging, darn it. The mouse I caught was … well … it was —

Do I really have to admit this, Mr V?

The mouse was grandson Wesley’s plush Mickey Mouse. There, I said it–but oh, the shame!

While I hide my face, go read the snippets by other great weekend writing warriors and Sunday Snippets folks.

The African Queen in Outer Space

Don’t let this rousing tale escape from you.  Pre-order Escapee today at: 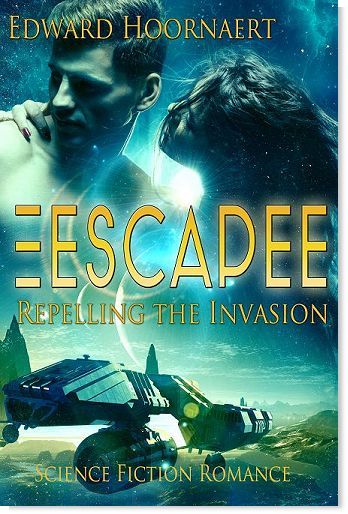