Valentine’s Goodies on sale
(and a free reward)

This is a very special week for Mr Valentine, aka Ed Hoornaert. Did you know I’m a certifiable Harlequin hero, as well as an author? I inspired a book by NYT bestselling author Vicki Lewis Thompson.

In honor of this special week, I’ll be highlighting some great romance books by friends from the Futuristic, Fantasy, and Paranormal branch of the RWA. Check back every day this week for more great books by your favorite authors and your favorites-to-be.

Best of all, the books are only 99 cents or less — and you can get a reward, free for the asking. For details on the reward, see the end of this post. 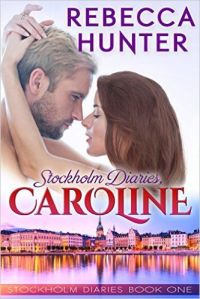 A Swedish pro hockey player with a rough reputation meets an American looking for a taste of adventure in a steamy twist of travel and romance. Will they be able to overcome his dark past and her uncertain future to turn their sensual nights into something more?

Photographer Caroline Mendoza finally sheds her safe life in Michigan for adventure and a fresh start, and her first stop is Sweden. But Stockholm suddenly becomes more than just a casual stopover when Caroline discovers her reclusive next-door neighbor is ex-Red Wings player Niklas Almquist, whose high-profile alpha bad-boy image, both on and off the ice, has followed him back to Sweden.

While Niklas’s darker side draws her to him, she knows the sensible decision is to move on from Stockholm before she gets too attached. Her time in Stockholm is running out. She must choose between what is safe and what her heart tells her is right. Is she strong enough to take the risk?

The Exiled Jeweler, by Susie Warren

He betrayed her once, but now he has a second chance with her…

Billionaire Alex Armanti owns a wildly successful auction house in Los Angeles and his striking looks along with his business savvy encourage a celebrity status among the rich and famous in California.

Emilia Berceto’s quiet nature captured his attention when she attended a gala at his mansion in Los Angeles. A few stolen kisses turned into something more and images secretly captured of her partially nude were released in the tabloids. Her overly protective family sent her far away.

Emilia continued to live a secluded life designing custom jewelry until her family’s jewelry empire falls into bankruptcy. There are rumors Alex Armanti intends to purchase the family owned business for a fraction of the value. When she’s reunited with Alex, there is an incredible passion that still simmers between them. With her family’s business at stake, she must choose between their insatiable attraction and keeping her legacy.

And now your Reward

All you have to do is leave a comment (any comment) on any two of this week’s Valentine Sale posts and you will receive a free electronic copy of Alien Contact for Kid Sisters, book two in the Alien Contact for Idiots series.  So bookmark this blog and stop back often!

← A Culture Addicted to FREE—How FREE is Poisoning the Internet & Killing the Creatives
Valentine’s Sale, part 4 →