Together for the first time in one volume! 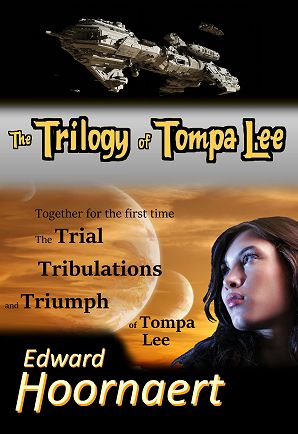 All three books in one, on sale for only $5.99 through the end of the year. Follow Tompa’s travails through an unfair trial-by-combat, a dangerous national park on another planet, and a flooded alien city as she struggles to survive — and to find the love and acceptance she craves.

The Trial of Tompa Lee

Tompa Lee, a street girl who has clawed her way up to the lowest rung of the Commerce Space Navy, becomes a pawn of interplanetary politics when she is framed for a heinous crime on another planet. By herself, Tompa cannot survive the overwhelming odds in her trial-by-combat — but can she learn to trust not only the policeman who arrested her, but a member of the alien race that wants to slaughter her?

A wonderful writer, Ed Hoornaert draws the reader into the story from page one and holds the reader captive until the very last word.  LoveRomances.com

Tompa Lee serves as ambassador to the Shons’ planet and is hailed as their goddess … but she has a dead man living in her head, distrusts fellow humans, and fears an imminent attack by Klicks, mankind’s greatest enemy.

Lord Keevie, the leader of warlike Klick missionaries, wants to drive humans off Zee Shode … but above all he wants to eviscerate Tompa in person, because killing a goddess will surely make him a god.

When Tompa Lee forges a forbidden alliance between three species, the Galactic Trading Council hires Lily Kilsing, earth’s most feared bounty hunter, to deal with her. Kilsing lures Tompa to a deserted alien city by kidnapping her fiancé and her best friend. Can Tompa kill the huntress–or will she be forced to sacrifice her own life to save her loved ones?

A wonderfully built world. The ability to spin something believable enough that we engage but wild enough that our imaginations can run wild is a brilliant skill that Hoornaert has in spades. – 5-star Amazon review by John J. Staughton

Find this book at: 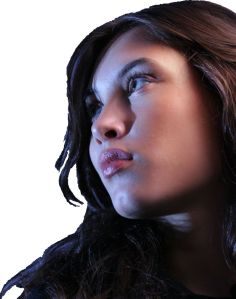