In my infinite wisdom, I, Effing Feline, chose another ten sentences from Ed Hoornaert’s The Trial of Tompa Lee. In last week’s snippet, Mr. V’s lowly heroine, Tompa Lee, has been framed for terrorism on an alien planet.

Now the trial-by-combat has begun in a cave. It’s Tompa and one aged, working-class Shon against 300 accusers, without even a cat on her side to even the odds. She found a narrow opening to the sunshine, and she’s going to make a stand there as her pursuers exit the cave in single file.

I figure it’s  like waiting at a mouse hole for 300 mice. Murderous mice, but still … yum!

The black eye of the cave glared at her malevolently and the chant blossomed in volume as her pursuers reached the room near the cave mouth. They wanted a fight, they’d get a damned fight.

Tompa half-ran and half-slid to the bottom of the ravine and picked up a grey branch as thick as her arm. Swinging the club so fast it whistled through the air, she scrambled back up the slope.

The implied comradeship in the compliment almost made her want to cry, but there was no time for that. “Do you have any better ideas? Like, if we run, which direction to go?”

“All paths of life lead equally to death, says wisely old proverb. This one stands suggestionlessly in face of a hostile herd, graceful human.”

Effing Feline here again. I hope you love this snippet as much as I do. Can you hear me purr?

Make sure you read the snippets by other great weekend writing warriors.

For these Tompa Lee snippets, I’ve been including info about buying the trilogy, and I’ve gotten a few clicks to Amazon, so thanks to those kind folks who make me feel I’m doing these posts for good reason. But since I hate Buy My Book! posts, no big ads for all three books today.

The first book in the Tompa Lee trilogy is currently free, so click on the book cover at right. End of commercial.

On September 29, join Mr. V on Bitten by Romance’s Tour of the Universe. Prizes galore! Thrilling reads! Gift certificates! Dancing, shirtless men!  (In truth I’m not sure about that last, but since when does advertising have to be accurate?) 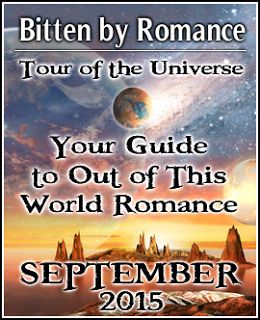 ← Bookstores I Love, by Venetia Lewis
Top Ten Tuesday — If you like The Martian, you’ll love … →