Awhile back, I posted a cat picture for readers to suggest their own caption.  The wittier the better!  Here’s the pic: 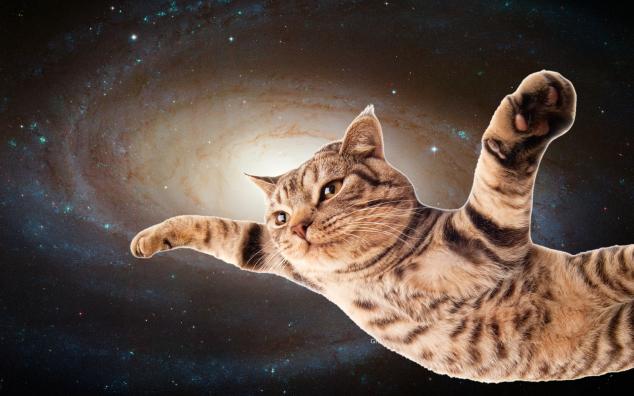 Here are some of the other pages on this blog about science fiction humor:

You can now order your very own copy of Mr. V’s upcoming release, The Guardian Angel of Farflung Station.

Severely traumatized in childhood by vicious space pirates, Sandrina hasn’t spoken since.  Her response to the evil done her?  Become a secret guardian angel–a lonely, thankless task, until ‘Duke’ Dukelsky discovers her secret.

And then the pirates return…

All Tresky Buffrum wants is a taste of adventure and freedom before resigning himself to the simple life of a shepherd.  What he gets instead is a mysterious wife who is determined to remain chaste; she leads him to the Midas Crater, where some of the planet’s intelligent natives have been inexplicably transformed into gold.  Only Tresky is in a position to defeat the interplanetary conspiratorswho seek to destroy the Midas Crater before its mysteries can liberate humans from solitary confinement in their own minds.