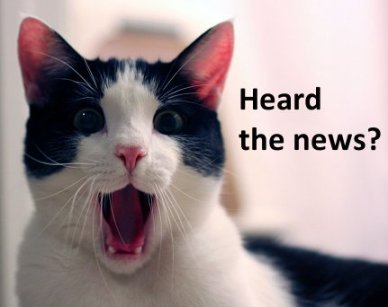 If you’re a writer, you know what the release day of The Trial of Tompa Lee (a science fiction novel packed with adventure, romance, and humor) means to Mr. Valentine. 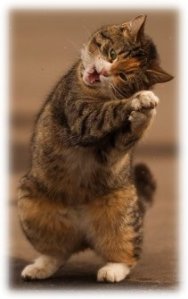 Meee-oooow!!!  The Tribulations of Tompa Lee is now available!

If you aren’t a writer, think opening presents on Christmas. Or slipping the keys of your first car into the ignition for the very first time. Or the birth of your first child.

Heck, even the heavens themselves are shooting off fireworks in honor this book release.

So thanks for stopping by at the birth of my latest child, The Tribulations of Tompa Lee.

Tribulations is the second book in The Trilogy of Tompa Lee, following The Trial of Tompa Lee–but it stands alone, so you don’t need to have read Trial.

A WOMAN
Tompa Lee serves as ambassador to the Shons’ planet and is hailed as their goddess … but she has a dead man living in her head, distrusts fellow humans, and fears an imminent attack by Klicks, mankind’s greatest enemy.

A MAN
Ming Mengliev is posing as a mere musician when Klicks destroy the Terran embassy … buts although he strives to win Tompa’s trust—and her heart—whose side is this secret agent really on?

AN ALIEN
Lord Keevie, the leader of warlike Klick missionaries, wants to drive humans off Zee Shode … but above all he wants to eviscerate Tompa in person, because killing a goddess will surely make him a god.

A PARK CRAMMED WITH CARNIVORES
Can Tompa survive Keevie’s pursuit, the onset of divine madness, the predators of PallaPellyPark … and conquer her mistrust of humans long enough to shepherd a ragtag group of Shon and human refugees to safety?

The Tribulations of Tompa Lee is available wherever fine ebooks are sold. It’s also available in trade paperback from Amazon.

← The SFR Brigade Presents (plus music that will leave you thunderstruck!)
Tucson Festival of Books 2014 →